Starting Electronics Needs Your Help!
It is that time of the year when we need to pay for web hosting and buy new components and equipment for new tutorials. You can help by making a donation. Contribute to this website by clicking the Donate button. The total will be updated once daily. (You may need to clear your browser cache to see the updates.) 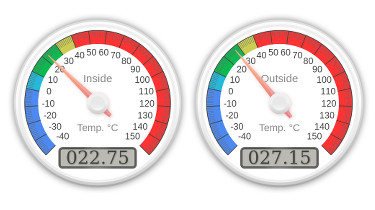 This project consists of two temperatures that are measured by an Arduino web server using two MCP9700 temperature sensors.

The temperatures are displayed in two gauges on a web page hosted by the Arduino web server. 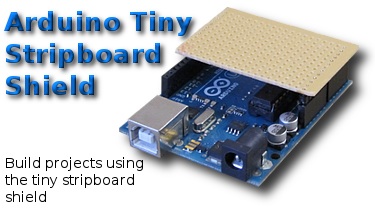 This project is a small Arduino shield built from stripboard that only uses some of the Arduino pins. The shield is intended for building small projects on and is a cheap alternative to commercial shields.

Build the Arduino temperature shield project based on the Tiny Stripboard Shield.