Starting Electronics Needs Your Help!
It is that time of the year when we need to pay for web hosting and buy new components and equipment for new tutorials. You can help by making a donation. Contribute to this website by clicking the Donate button. The total will be updated once daily. (You may need to clear your browser cache to see the updates.)

Plugging In and Testing the Arduino Ethernet Shield 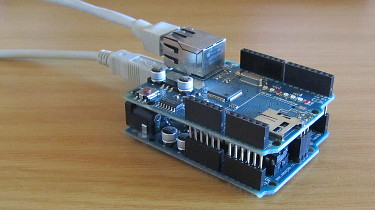 These are the first things that need to be done after buying an Arduino Ethernet shield for the first time. 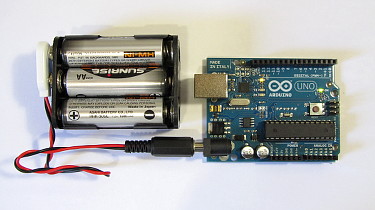 This article shows how to make up a cable to connect a 9V battery to an Arduino Uno.

Ten Things to Do After Buying a Raspberry PI 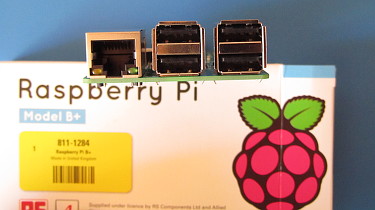 After buying a Raspberry PI board, you will need to load an operating system, set up your keyboard, set up your screen and tweak various other settings to suit your hardware and your preferences – this article explains how.

Connect to the Raspberry PI Serial Port from a Windows PC 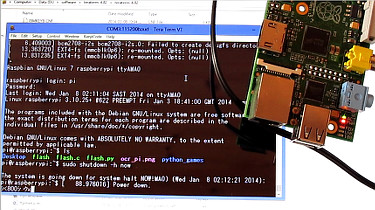 The Raspberry PI can be operated without a network connection, keyboard, mouse and screen by connection through the serial port and running a terminal emulator on the PC. This article shows how. 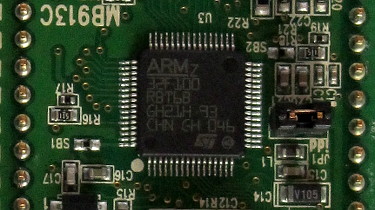 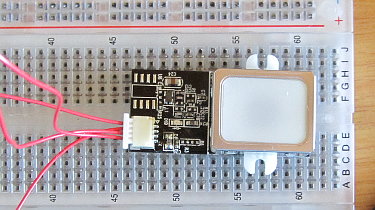 This basic test uses an Arduino Uno to test that communications with the GT-511C3 fingerprint scanner module are working. 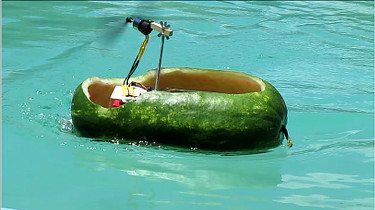 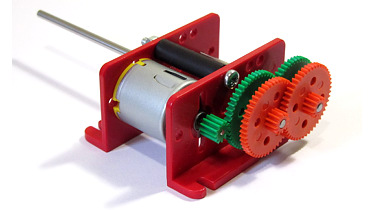 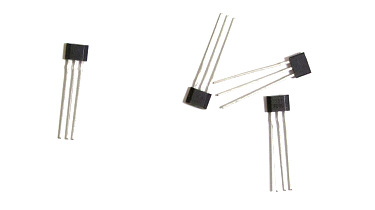 This article and video explain how the AH1751 hall effect latch switch behaves when manipulated by a magnet.

What is an LED Light Bar? 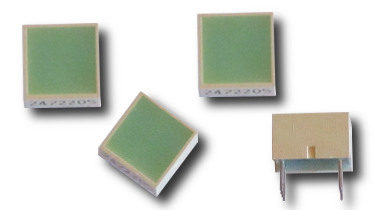